Anyone working in software development will agree that change is constant. So how can the agile manifesto, which emerged nearly two decades ago, still be relevant?

In early 2001, against the backdrop of the Wasatch Mountains, in Snowbird, Utah, 17 people met to discuss the future of software development. The group’s members shared a frustration about the current state of affairs, even if they disagreed about how to remedy the situation.

The problem, they agreed, was that companies were so focused on excessively planning and documenting their software development cycles that they lost sight of what really mattered—pleasing their customers.

Companies may have touted corporate values like “excellence” and “integrity,” but these values did little to guide people—especially software developers—toward a better way. That needed to change. Many of the Snowbird 17 already had ideas about how to usher in software development’s new era. The trip to the mountains was their chance to hash it out.

The Agile Manifesto emerged from this extended weekend at just 68 words, and the short and sweet document went on to change software development forever. In the nearly two decades since its creation, these words (and the 12 principles that follow) have been embraced (in varying degrees) by countless individuals, teams, and companies.

The 12 Manifesto principles: a culture, defined

Today’s agile landscape can seem cluttered with methodologies that promise to take agile ideals and turn them into real-world realities. But today’s methodology madness isn’t anything new.

The Manifesto itself was born out of a need to find a common ground among Scrum, Extreme Programming, Crystal Clear, and other frameworks.

“They were starting to see that there was something common that they were doing. But at the time, they were very much competitors, at least competitors in thought,” said Ian Buchanan, Principal Solutions Engineer for DevOps at Atlassian. “When you put that into context, the fact that they could agree on some set of anything is kind of profound.”

The Snowbird 17 wanted to see if representatives of their different disciplines could agree on something—anything. And to their surprise, they did. They agreed on a set of values that defined a culture.

We are uncovering better ways of developing software by doing it and helping others do it.

Through this work we have come to value:

Individuals and interactions over processes and tools

Responding to change over following a plan

The Twelve Principles of Agile Software, also a product of the Snowbird summit, expand on the handful of sentences that make up the values.

And that’s it. Since then, the Agile Manifesto site has changed minimally, if at all. But the world surrounding agile couldn’t be more different. Get in touch to get one of our agile teams onto your project. 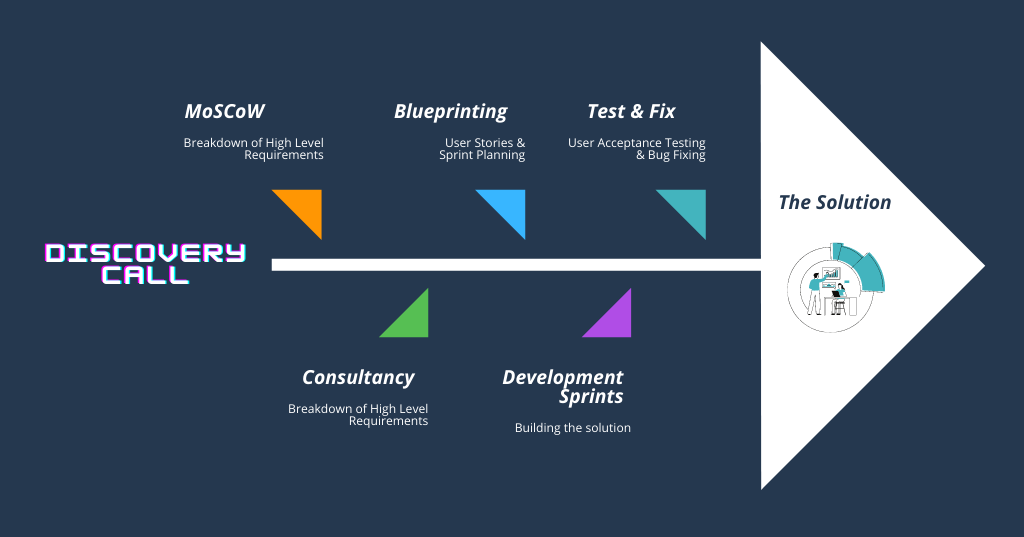 A minimum viable product (MVP) is a proof point, a validation of capability, the catalyst for a much larger project,…